Project Congo Orphans has sheltered 22 people in Bukavu, a Congolese city where there are more than 15 thousand orphans living in the streets.

The Congo Orphans Project has sheltered 22 people in Bukavu, a Congolese city in which more than 15 thousand orphans are living on the streets

Fraternity Without Borders was the subject of last Sunday’s livestream. 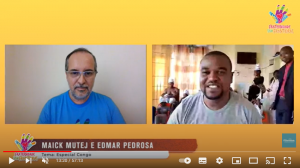 Last Sunday livestream by Spirituality without Borders – Congo Special, which was conducted by the Fraternity Without Borders’ volunteers Edmar Pedroza and Maick Mutej,the coordinator of the project Congo Orphans in the Democratic Republic of Congo. Children from the Project prepared a welcome surprise with dance and music performance for those who were watching the live.

In February the first Fraternity Without Borders reception center in Congo was inaugurated in the city of Bukavu, in the east of the country, a region hardest hit by militia’s armed conflicts. Nowadays the projects shelter 22 people:five women and 17 children, three of whom are babies. Maick took the opportunity to show that the physical space has a large recreation room, four bedrooms and other facilities.

“The two-storey house is big, but it needs to be renovated to shelter more people, to offer a playground for the children and to offer professional training workshops for women”, explained Edmar Pedroza. The workshops are part of the activities planned for the next months, as well as guaranteeing education for the children.

The reception center aims to support children and teenagers up to the age of 18 and young pregnant women, who, besides housing, also get medical care, medicines, nutritional care, psychological support and safety. For the volunteers, the greatest difficulty still is knowing that there are more than 15 thousand children living on the streets in this country. “The availability of resources to shelter these children is still low and I invite anyone interested in helping as a sponsor.  It’s very important to continue of the project”, reiterated Edmar.

Children and teenagers living in the streets are in great, constant suffering. These children have no idea what a bed is like, many of them were born in the streets. Many of the children who were sheltered, when taken to a hospital, were diagnosed with verminosis and other diseases due to their living conditions, besides cases of malnutrition.

One of the young women sheltered by the project recorded a statement in which she said she and a five-year-old brother were abandoned by their mother. They stayed with their grandmother and, when she died, they started living in the streets. Today, at the age of 17 and in a safe place, Guilene Marceline says she “had never slept in a mattress, not even when I lived with my grandmother. We slept on banana leaves. I had never eaten properly, now I have soap and moisturizer. All I can say is God bless you, may you live long so that you can keep on helping us”. 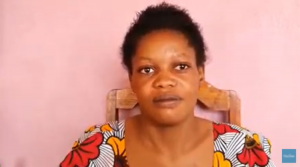 Guilene Marceline, sheltered at the age of 17

Moved, Edmar Pedroza said “it is a big opportunity that Fraternity Without Borders is having to get to the east of Congo, in this region, to do this work” and Maick Mutej, who’s even closer to this situation, concludes that what the project is doing “is offering a big life change for those who were hopeless. Thank you FWB for your efforts”.

About the Project Congo Orphans – since November 2021, Congo Orphans aims at sheltering orphans living in a situation of extreme vulnerability in the streets of Bukavu and Goma. The project runs a reception center that offers food, housing, education, medical care and safety to orphans, mothers and pregnant women who are victim of the consequences of the armed conflicts in the country. 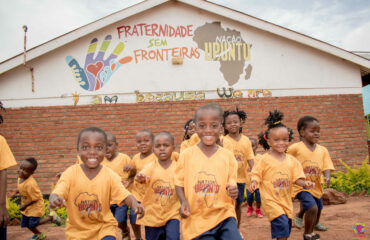 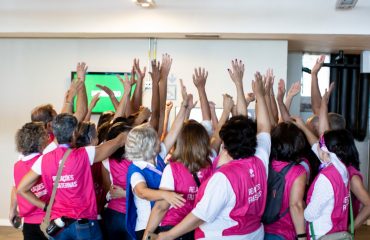